All About A Baby In A Child Car Seat 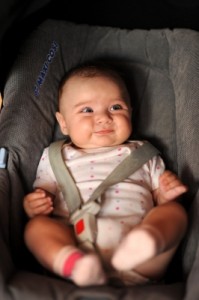 Although cars started becoming common in the first half of the twentieth century, the
Childs Car Seat as we recognize it wasn’t invented until the 1960s. Before this, there
were some booster seats that made it easier for parents to see their children while driving,
but they weren’t designed with safety in mind. Over the next decades, child car seats
became widely used and laws were written making them mandatory for young children.

Although guidelines differ from place to place, parents are generally required to have a Childs Car Seat for all children under a certain age or weight. Generally, children should be in car seats until they are old enough for the adult sized seat belts to fit them
well. Seats for Infants under one year old should always be positioned to face the rear of the car, which is generally the safest position for a very young child in the event of an accident.

When shopping for Seats for Infants, you’ll find a number of options. One choice you will want to make is between an infant-only car seat and a convertible car seat. An infant-only car seat is especially designed to face the rear and often has a handle so that it doubles as an infant carrier. However, your child will eventually outgrow the seat and you will need to purchase another one designed for toddlers. A convertible car seat can accommodate both infants and older children, so it will grow along with your child but it is also going to be bigger and bulkier than an infant-only seat.

All safety seats use belts, buckles, and loops to attach to the car’s seat belts. Each car seat model will have a different attachment system, so be sure to follow the manufacturer’s instructions for installing the seat in your car.

Things You Must Know About Shaken Baby Syndrome
Did You Know About The Reflux In Babies?